When we decided that we were going to North Carolina for 9 days for Thanksgiving one of our first thoughts was that it would be a long time for Luna to be house-sat.  Once we added up how much it would take to get the sitter we realized that taking her would not cost much more and she wouldn’t be bored for 9 days.  So we decided to take her and reserved a spot for her on the plane. 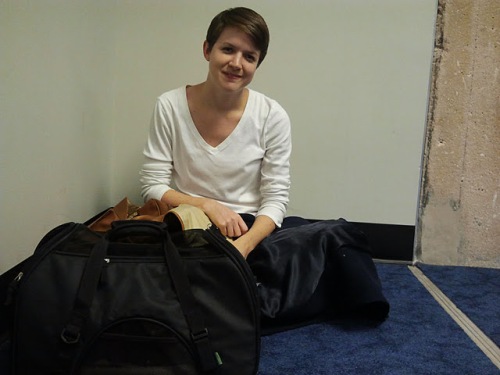 The worst part was the drive to the airport and the first hour of the flight to North Carolina.  It was the longest she had ever been in her carrier and it took a while for her to resign to the fact that she was staying in it.  She was eventually quiet and was fine for the most part for the flight back to Dallas.  Notable parts of flying with Luna:

The fact that we even did this is still unbelievable to me.  We took a cat.  And put her on an airplane.  Twice.  And we’ll be doing it again in 2.5 weeks when we fly to Connecticut.

One response to “Flying Luna”